This project received pledges on Sun 20 May 2018

We are THE SOUTHAMPTON UNIVERSITY HUMAN POWERED SUBMARINE SOCIETY 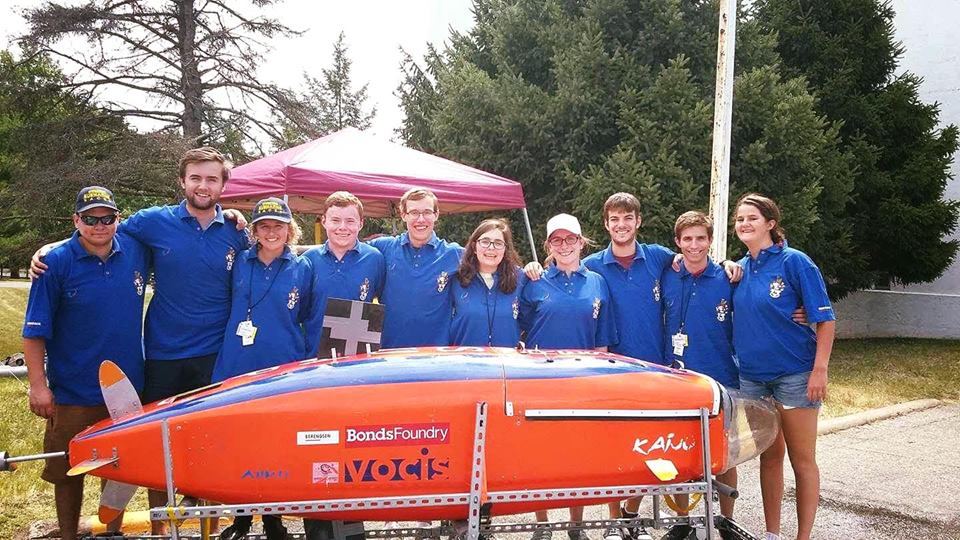 The UoSS Kaiju and the team at the International Submarine Races in Washington, D.C., June 2017 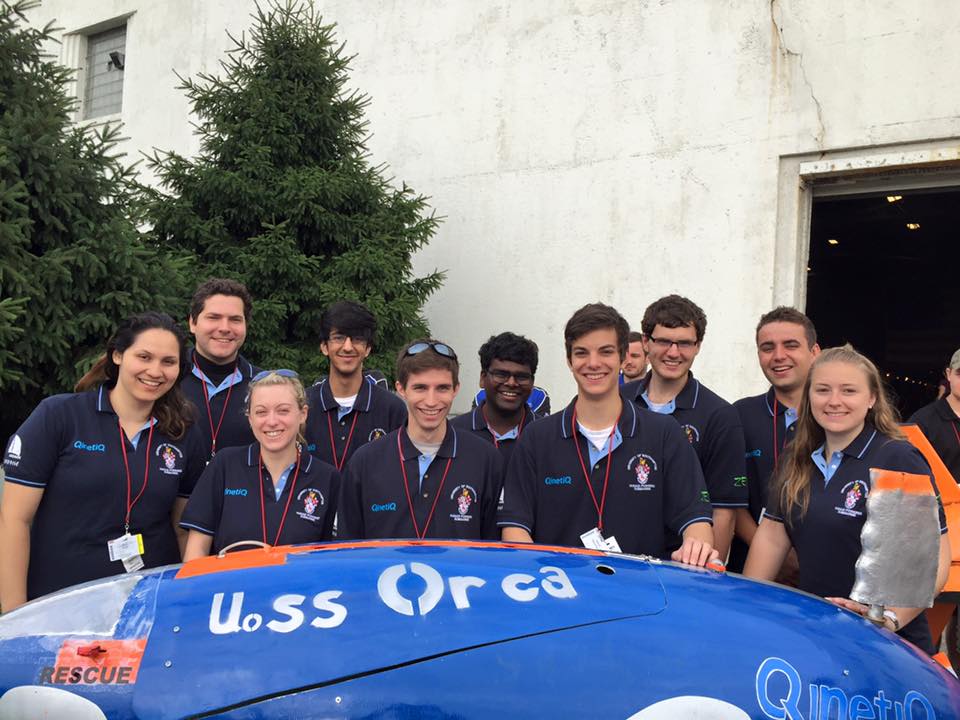 The UoSS Orca and the team at the International Submarine Races in Washington, D.C., June 2015

Today we are made up of 48 students, both undergraduates and postgraduates, studying subjects ranging from engineering to marine biology. What they we have in common is a passion for problem solving, and a determination to win!

WHAT IS A HUMAN POWERED SUBMARINE?

To quote one article , “A human-powered submarine is so ridiculous and impractical that outside of this competition, they are virtually nonexistent. You'd be hard-pressed to find a vehicle that presents more difficulties. It's exactly this impracticality, however, that makes the competition such a magnet for engineers who love a good puzzle.” 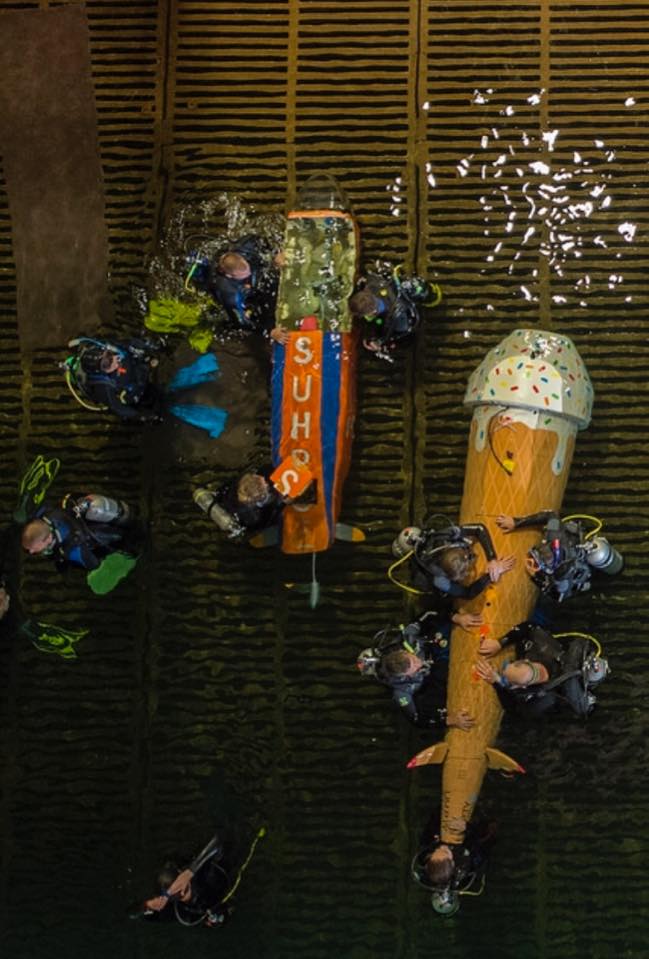 The UoSS Kaiju at the International Submarine Races in Washington, D.C., June 2017

The international races, held in alternating years in Europe and America, were created to encourage young people to fill the shortfall in marine engineering. Each team builds a unique wet submarine from scratch, and their pilot propels it using only human power over an underwater course. The pilot breaths from a SCUBA tank held within the submarine. 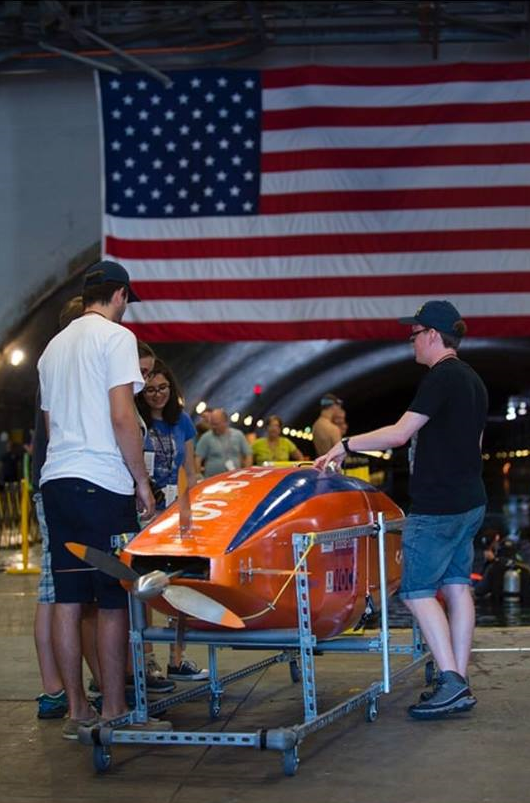 The UoSS Kaiju preparing to enter the water at the Carderock Naval Warfare Centre, June 2017 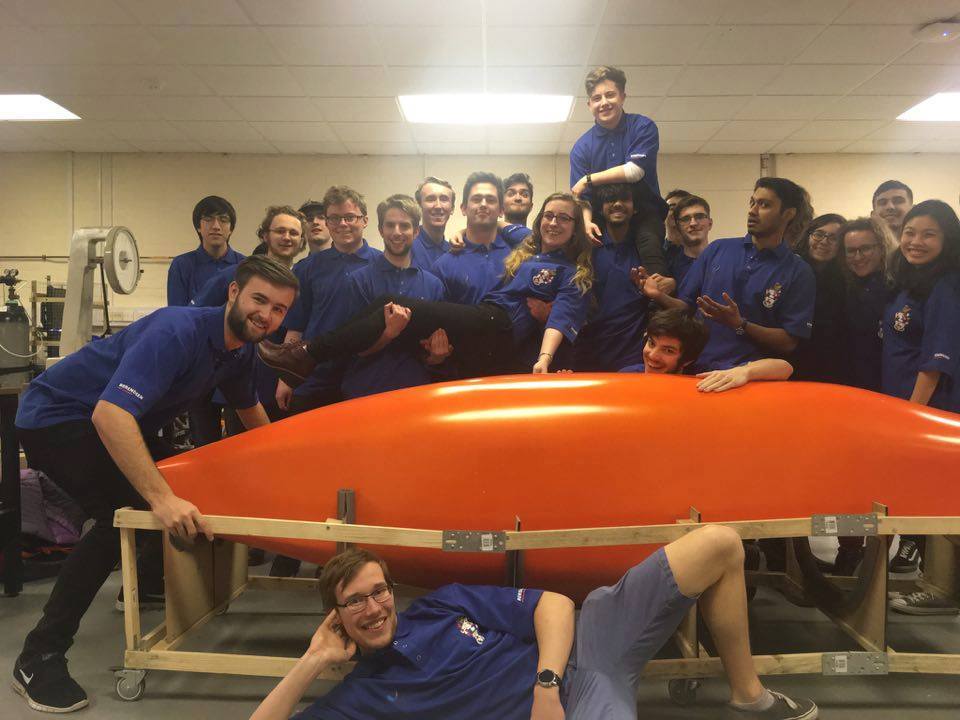 The UoSS Orca at the International Submarine Races in Washington, D.C., June 2015

We strongly believe human powered submarine races are a fantastic opportunity for students to develop and showcase their problem-solving skills, team work, managerial experience, time management and beyond - not just engineering experience. Our society operates without a member of faculty on our committee, meaning every aspect of our submarine comes from students, including design, fundraising, logistics, promotion, budgeting, building, diving... 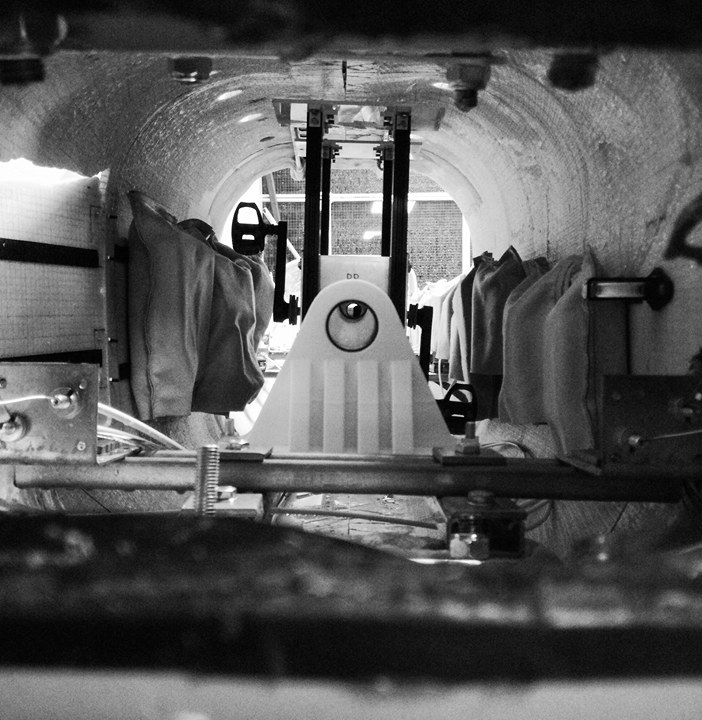 The inside of the submarine

The University has kindly agreed to match fund the first £2,000 of donations, meaning that we will receive £2 for every £1 you donate. If we reach our target, here is where your money will go:

We will be giving out updates of our progress on a regular basis, so that you can keep up to date with what we're doing!

An animation of our contra-rotating propeller, which will be partially 3D printed!

We have a whole range of rewards as thanks for donating; from 3D printed submarines to coming to see the submarine and meet the team in person! You can even get your name or logo on our hull! 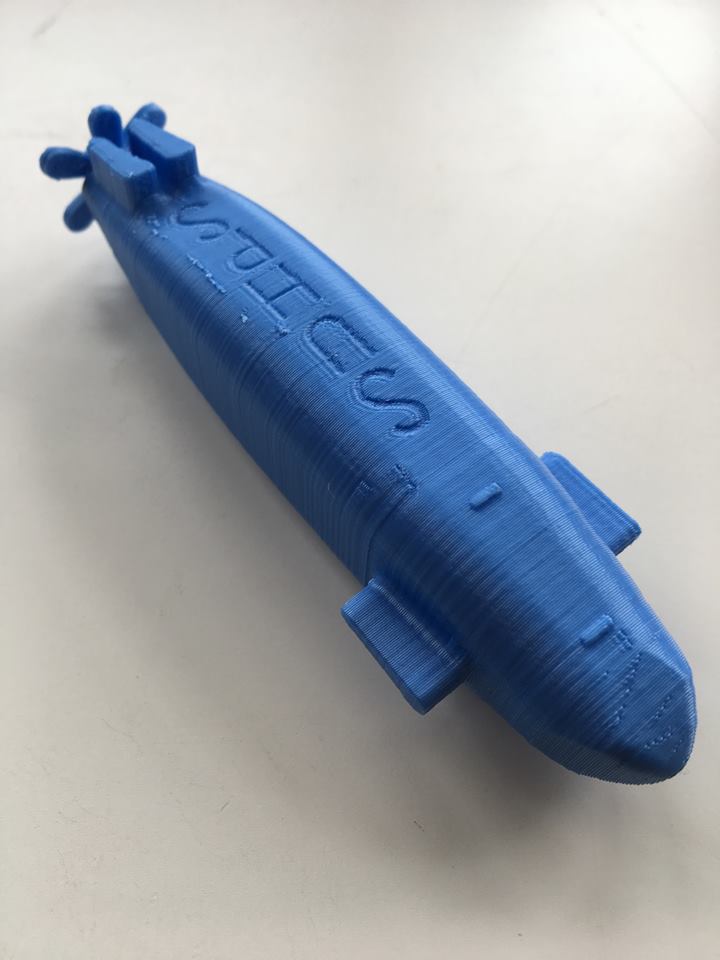 The 3D printed mini-subs we are sending out as rewards!

Please check out the rewards listed for more details.

The best way to stay updated with the society is on our Facebook page where we post regularly with photos, videos and society updates:

You can contact us directly with any questions, advice or encouragements!

You can find out more about the races at: www.subrace.eu and internationalsubmarineraces.org/

You can also find us at:

Make sure to follow us to see how we're doing!

Every donation helps us get closer to our target, and thus the races.

But sharing the project also really helps us! Spread the word on Facebook, Twitter, LinkedIn, email, telephone, blogs, water-cooler chat, via your parrot, to anyone who will listen! 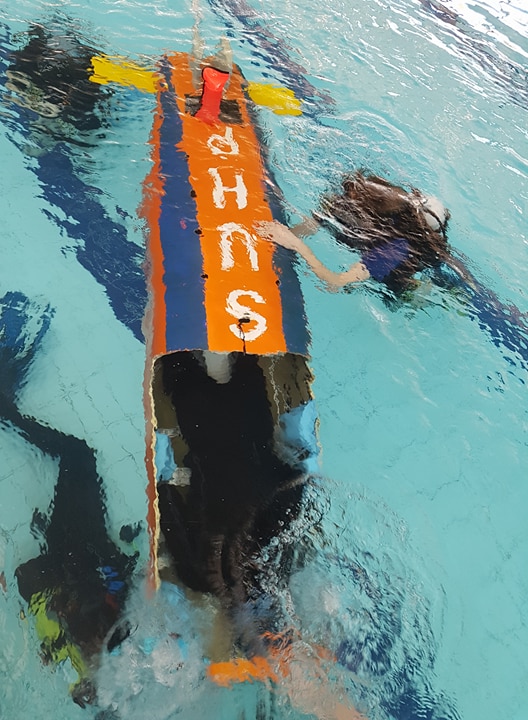 The submarine underway during our February 2018 testing 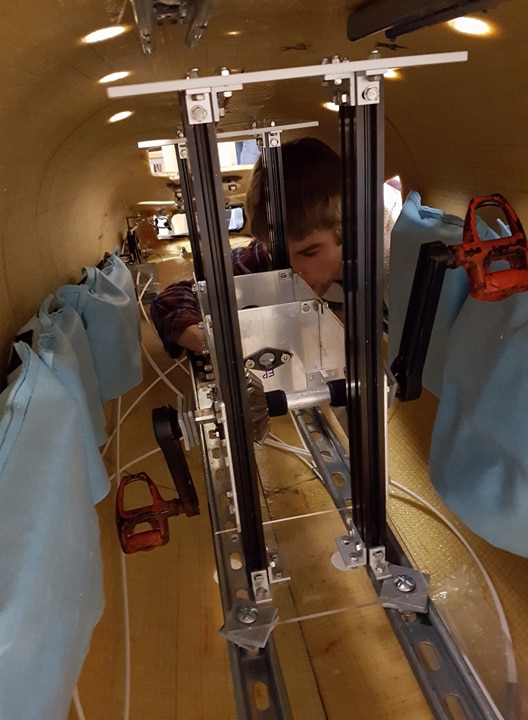 The transmission team leader working on the sub ahead of testing 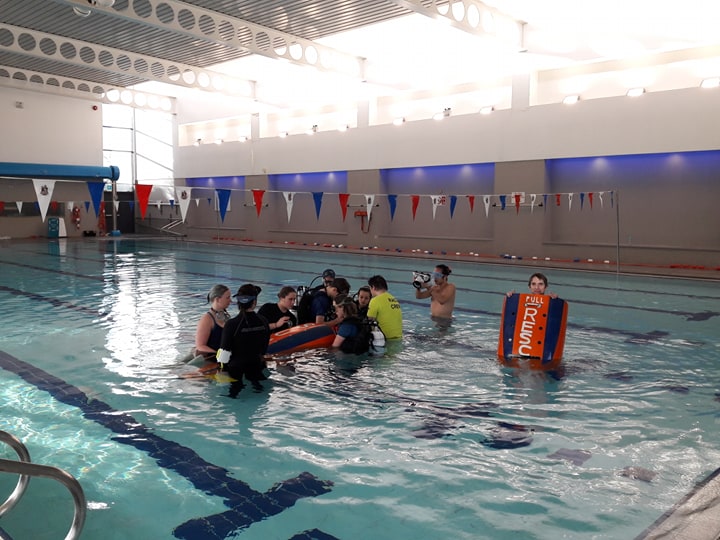 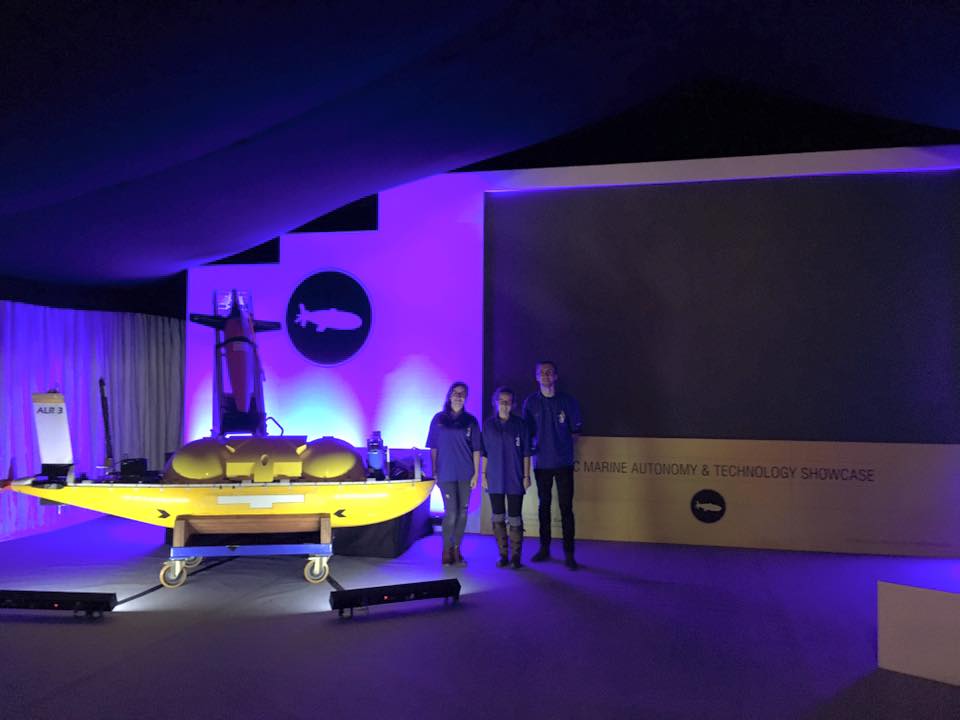 A CAD (computer animated design) model of our submarine 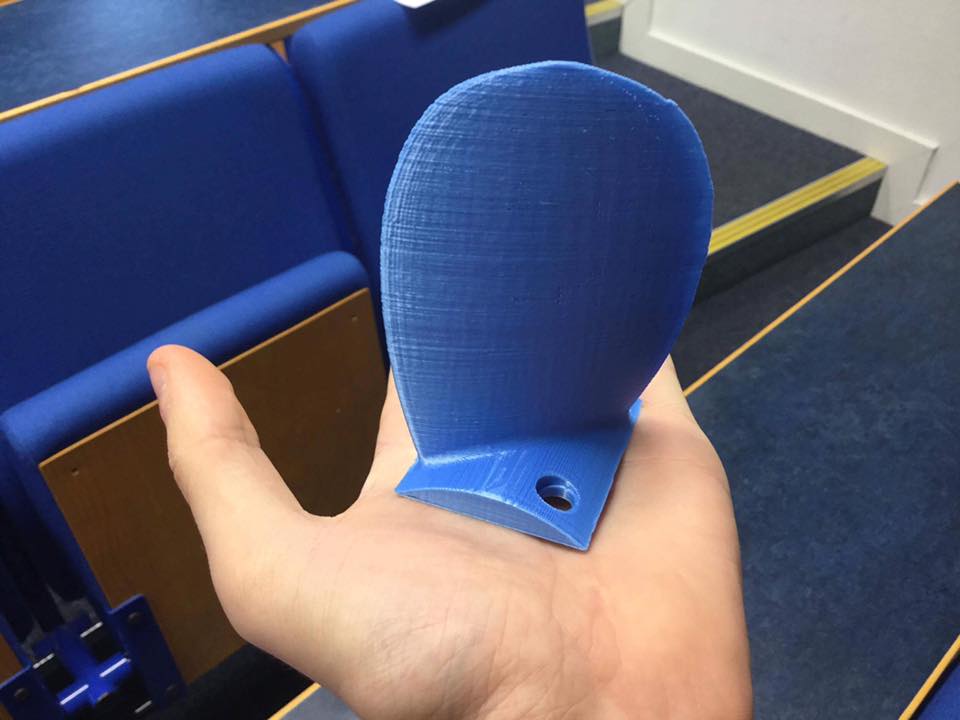 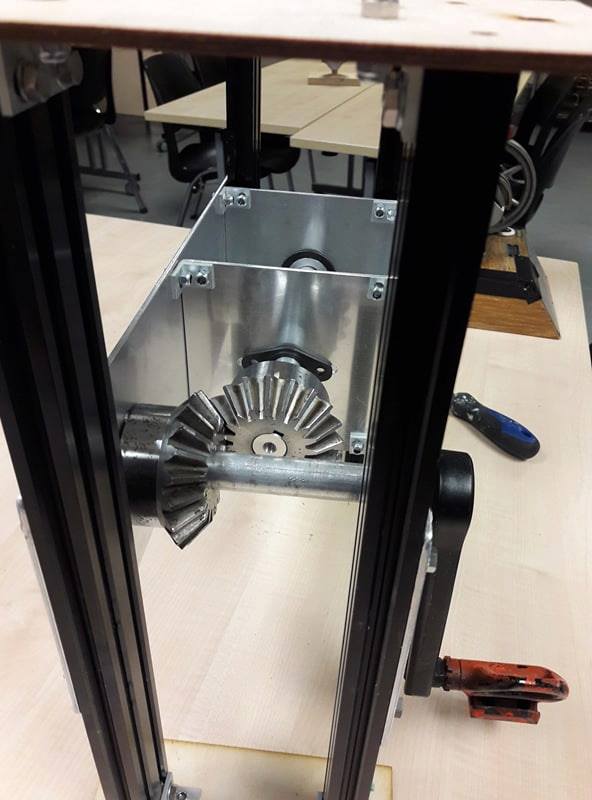 The transmission system, whilst it was still shiny

Human Powered Submarine 2018
Your message has been sent.