This project received pledges on Sun 20 May 2018 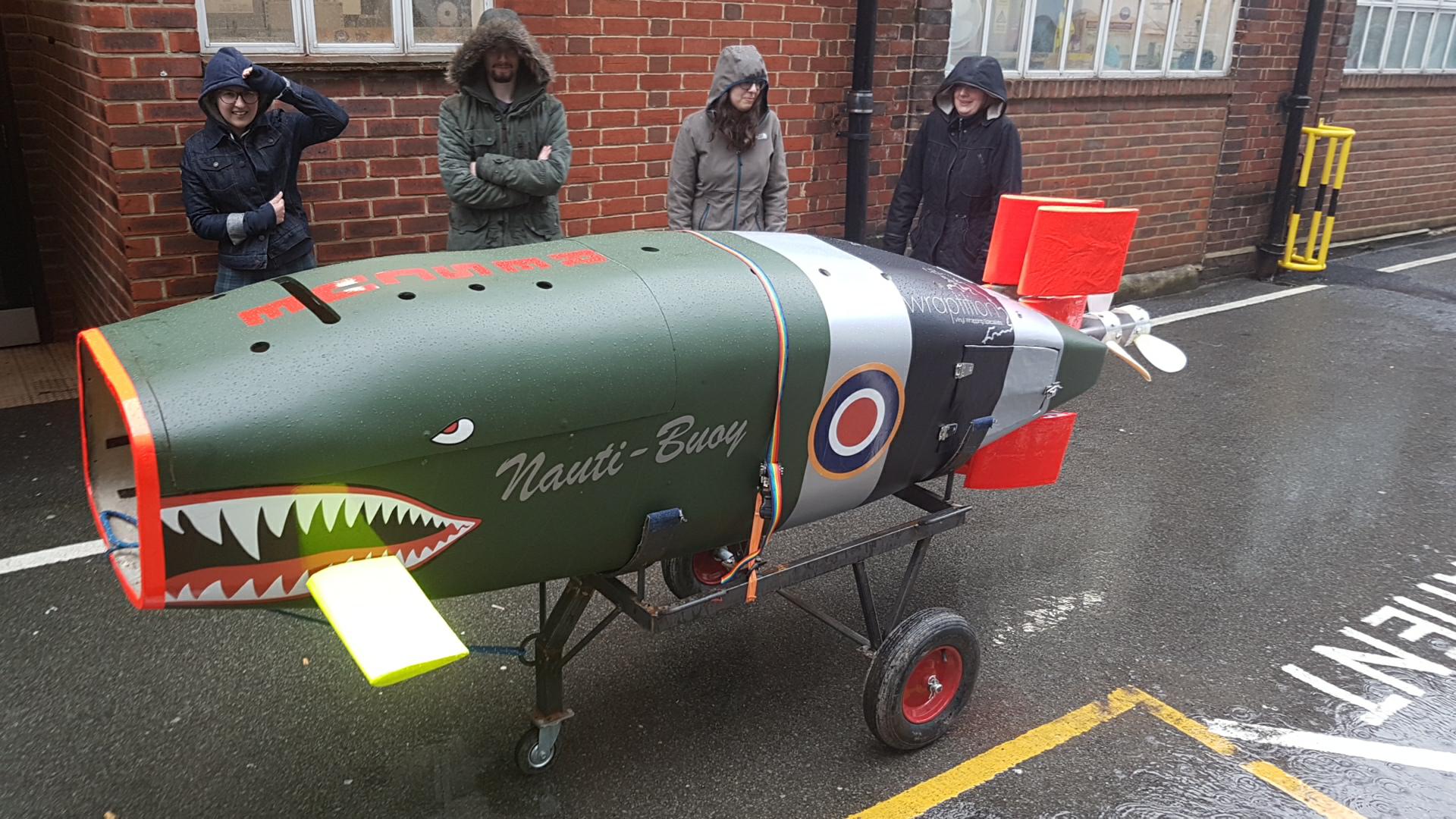 Massive thank you to Wraptition Ltd for our amazing new look! They designed and wrapped the submarine, and we can't believe how cool it is. We will definitely be the best looking submarine at the races!

Do you or any of your contacts have a service they can offer to our submarine? Wraptition's sponsorship is a great way of showing how a local business can help our team!

Our human-powered submarine in the news!

Check out this great article about our recent testing weekend. 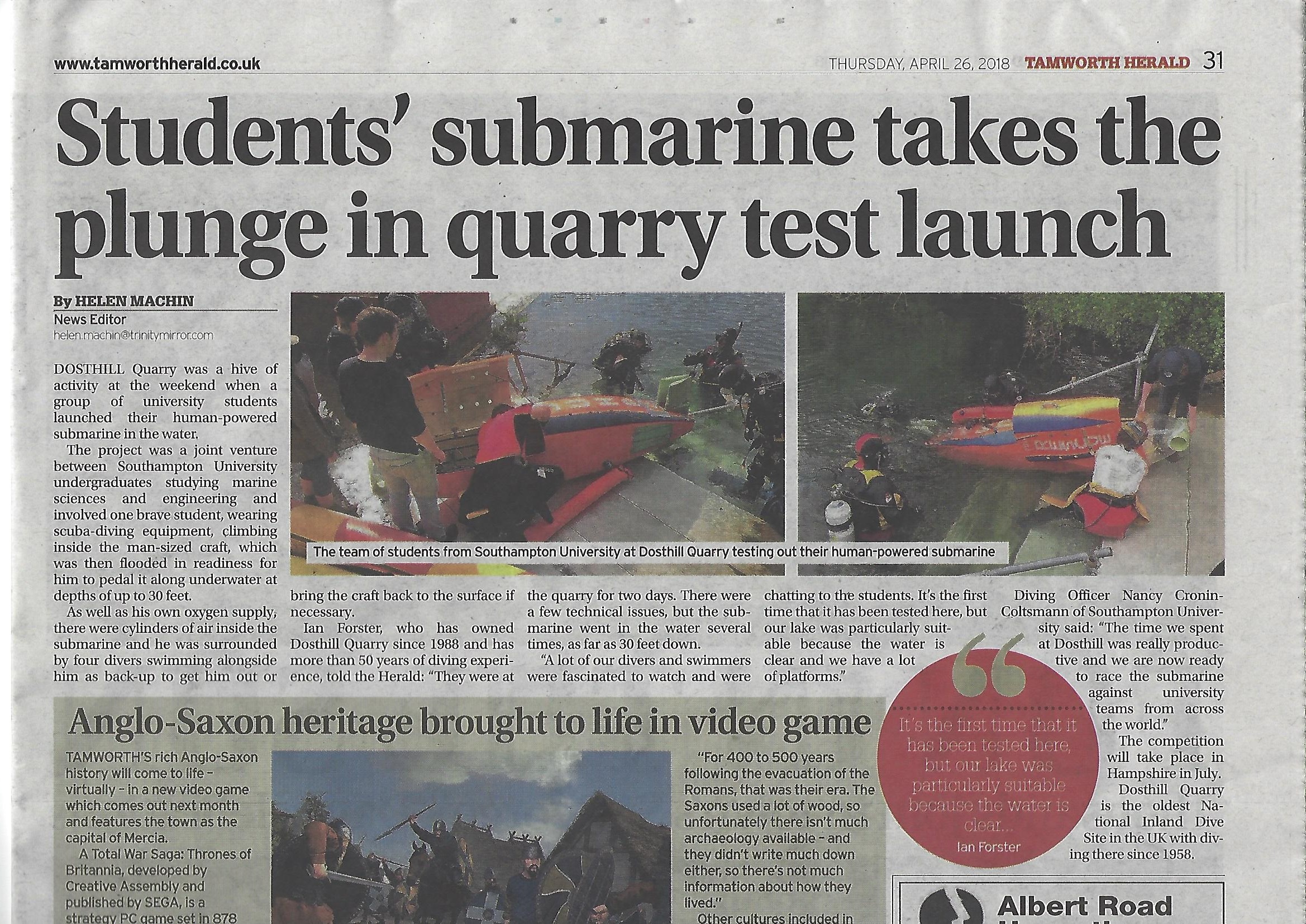 On Sunday afternoon, we even got the submarine to do a lap of the quarry under its own power! A successful weekend all round.

As always, follow us on Facebook (https://www.facebook.com/SUHPS/) and twitter (https://twitter.com/sotonsubmarine) for all the latest updates, and tell all your friends and family about the best engineering project they've never heard of! 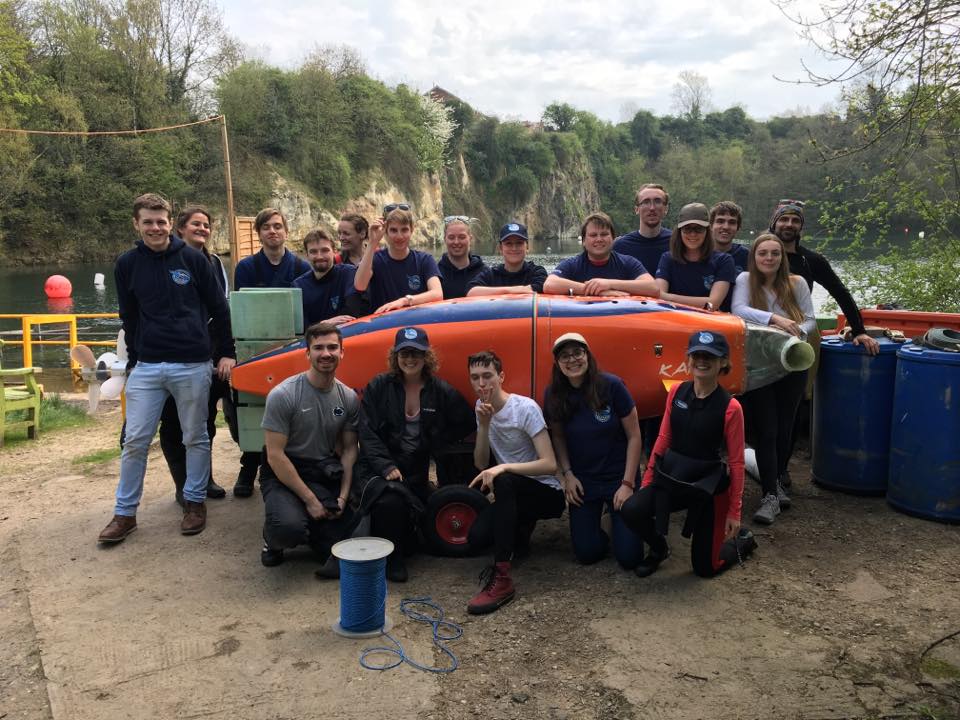 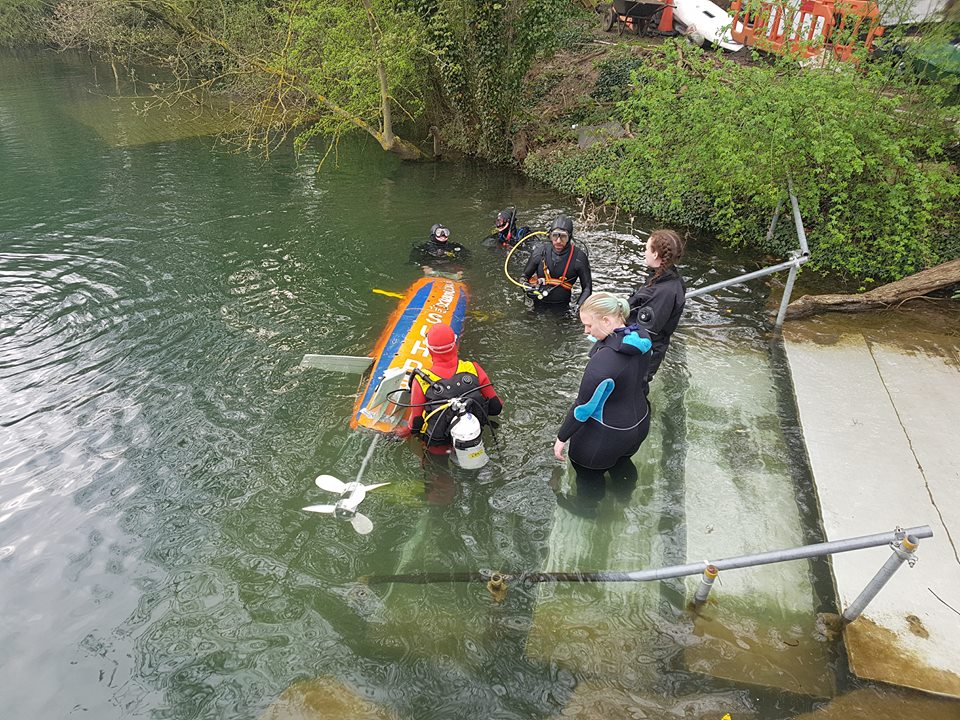 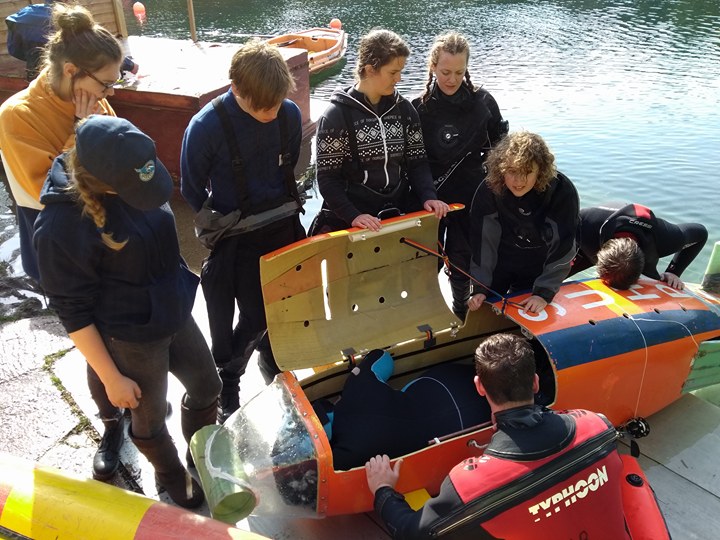 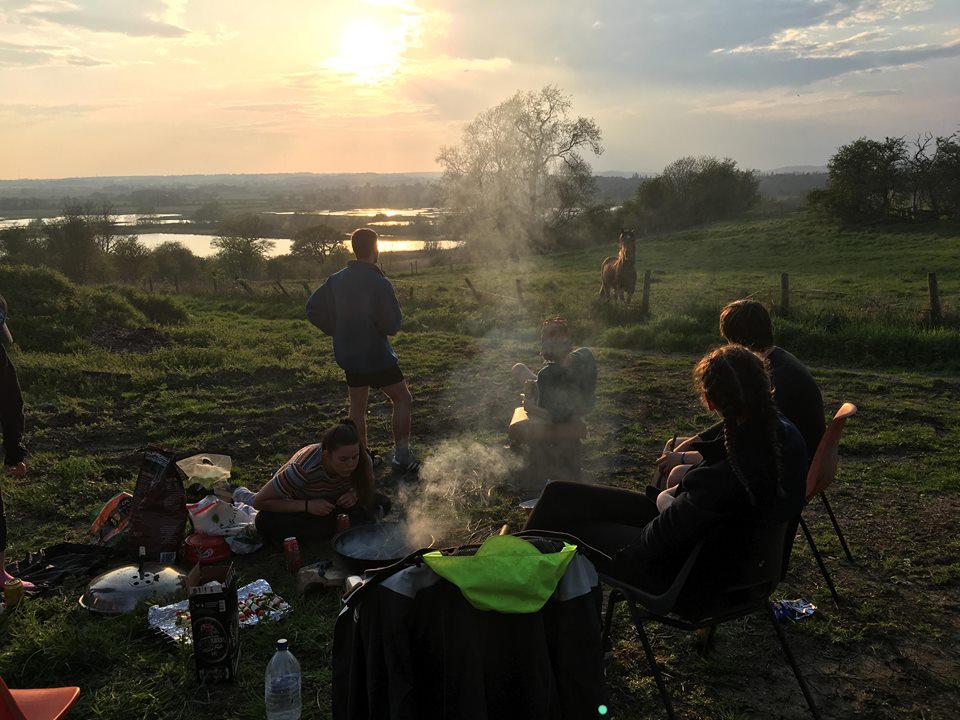 Meet the team, see the submarine in action and see how our first testing went: https://www.youtube.com/watch?v=VVY9pZb_ue4

This weekend we are off to Dosthill Quarry (Press Release: copied below and avaliable at https://suhps.weebly.com/news) to test the submarine in open water! Keep an eye out for updates! And please keep sharing our crowdfunder!

Their unique submarine looks primed to succeed in gruelling race against universities from around the world at the European International Submarine Races. The submarine, the UoSS Nauti Buoy, is undergoing rigorous testing in Dosthill Quarry on the 21st and 22nd April.

The Southampton University Human-Powered Submarine society (SUHPS) is made up of around 50 students from the University of Southampton , who have spent the last eight months designing, building and now testing a human-powered submarine. They are shortly to qualify for the fourth biennial European International Submarine Races (eISR18), held over the first two weeks of July in QinetiQ’s Ocean Basin, Gosport.

The rules of the sport are straightforward: teams must design, build and race flooded submarines piloted by a single scuba diver, who is fully enclosed within the hull of the machine. All propulsive power must be provided by the diver during the race, but otherwise the designs are left open to the limits of imagination. This combination of design constraints and design freedom matches the challenges confronted in real-world engineering projects and has led to pioneering and ground-breaking designs.

The UoSS Nauti Buoy underwent initial testing in February (VIDEO) , and is now coming to Dosthill Quarry for extensive testing in the large open-water space. The race course at eISR18 is a slalom, so it is essential for the team to perfect the submarine’s turning capabilities and Dosthill offers the ideal venue. The team hope to get the submarine underway and the pilots initiated on Saturday 21st April, and to build up some speed and practise turns on Sunday 22nd April. The weekend promises to be jam-packed with excitement, as the University of Warwick’s team are bringing their submarine too.

The UoSS Nauti Buoy is exceptional in two main ways; the first being the contra rotating propeller system. A contra rotating propeller works by having two propellers, one in front of the other, but spinning in opposite directions - allowing for greater efficiency from the pilot and thus an increase in speed. The second is the use of a bow thruster on the nose of the submarine, which will allow it to make sharper turns than if using a conventional steering system - meaning that it will be easier for the pilot to navigate round the race course. A bow thruster works by having a tube with a propeller in the middle, which, powered by another system, rotates. This forces the water out of the tube from one end, causing the submarine to turn.

The transmission system has a 4:1 gear ratio, increasing pilot power and the effectiveness of the propeller. To turn as tight as possible there are also rudders at the back of the submarine. The rudders are very close to the propellers and far away from the nose, so a small change in rudders will cause a big change in direction. These systems are important, but wouldn't be able to work without other main systems which have been engineered to maximise pilot power and control. All these innovations combined are what makes the UoSS Nauti Buoy such a unique piece of engineering.

Southampton’s submarine, the UoSS (University of Southampton Ship) Nauti Buoy is a successor to two other submarines built by the team; the UoSS Orca and the UoSS Kaiju, both of which competed at the International Submarine Races in America (VIDEO). You can support the UoSS Nauti Buoy on its crowdfunder , and keep up to date on Facebook and Twitter . The team is sponsored by The Glad To Be Here Foundation , IGUS and Davall Gears. The races are powered by the Institute of Marine Engineering, Science and Technology (IMarEST) and sponsored by QinetiQ , Defence Equipment & Support , Babcock International and Sea Cadets UK .

Check out our video! https://www.youtube.com/watch?v=VVY9pZb_ue4

Please share it, along with this crowdfunder, with your friends, family and colleagues - we are overjoyed to have made our minimum but to achieve our best at the races we need every penny!

If you've been following our facebook page, you will have seen our mini 3D-printed submarines have been taken far and wide to spread the word about Southampton University's Human Powered Submarine.

Pledge £25 or more and select the 3D-printed submarine as a reward to get your own - then don't forget to tell us where its gotten to! 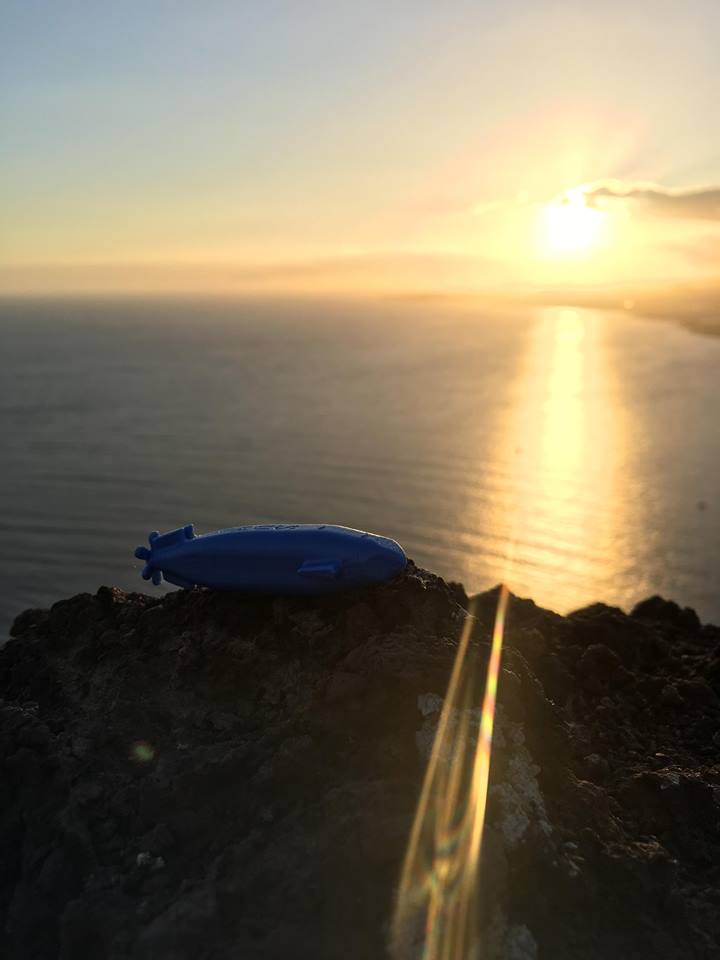 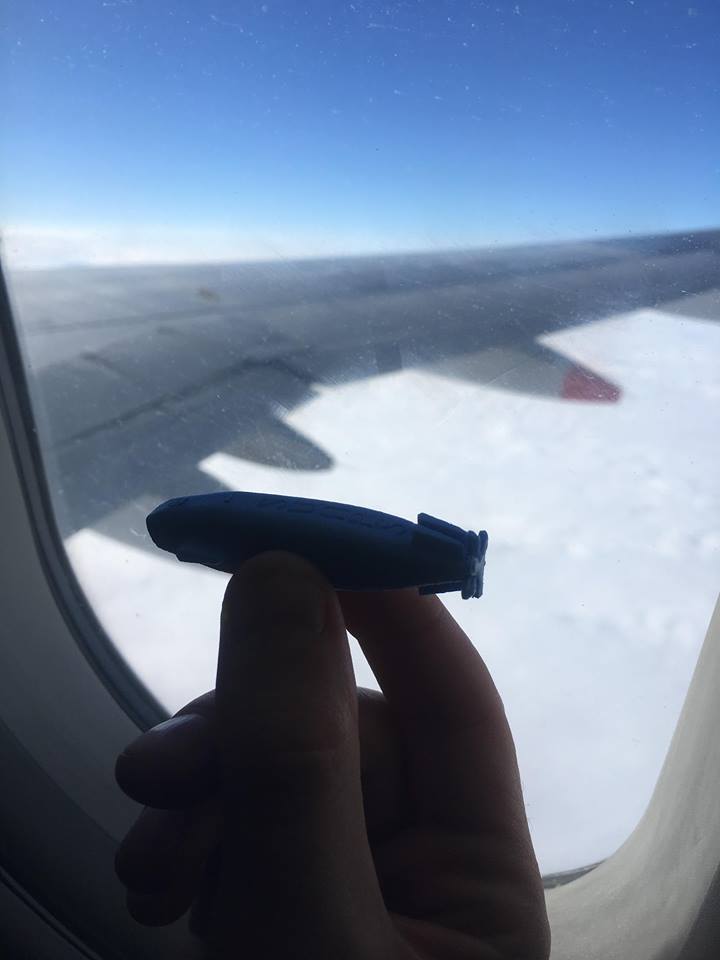 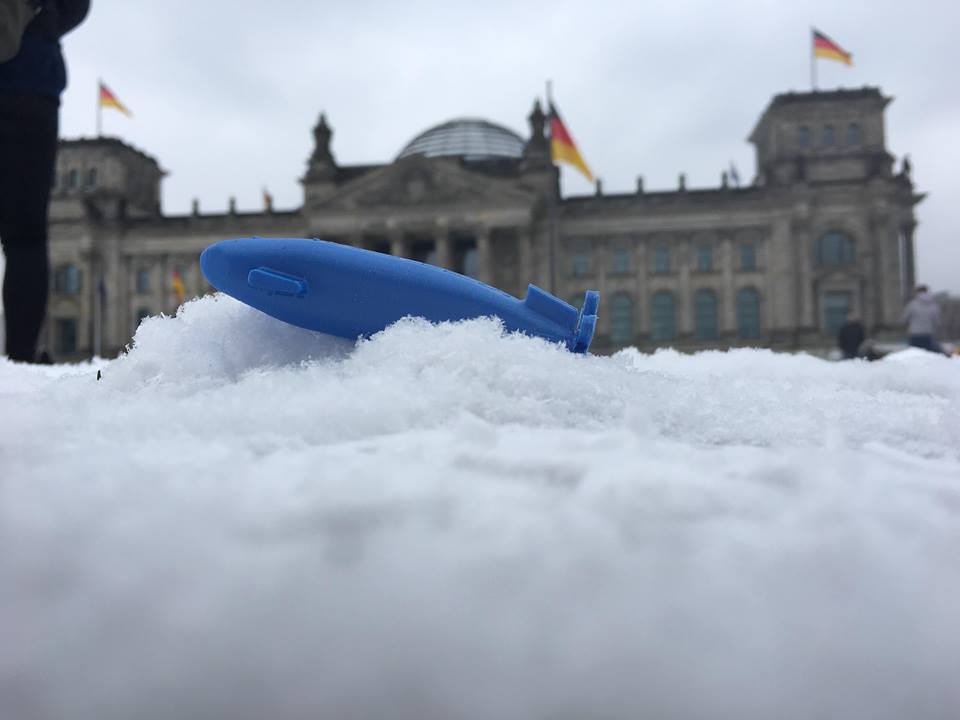 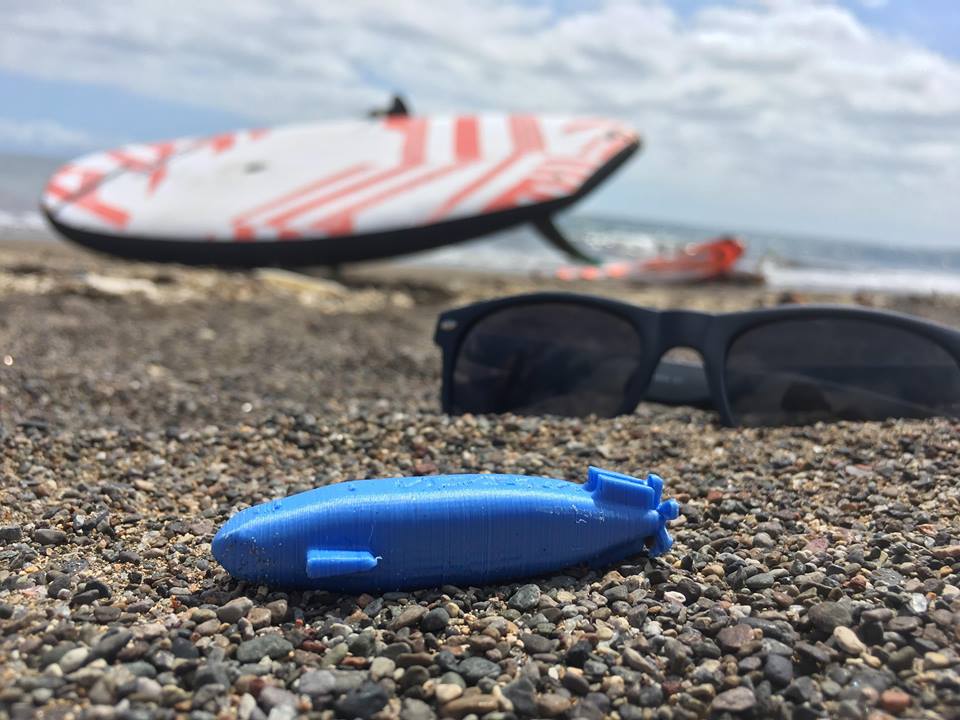 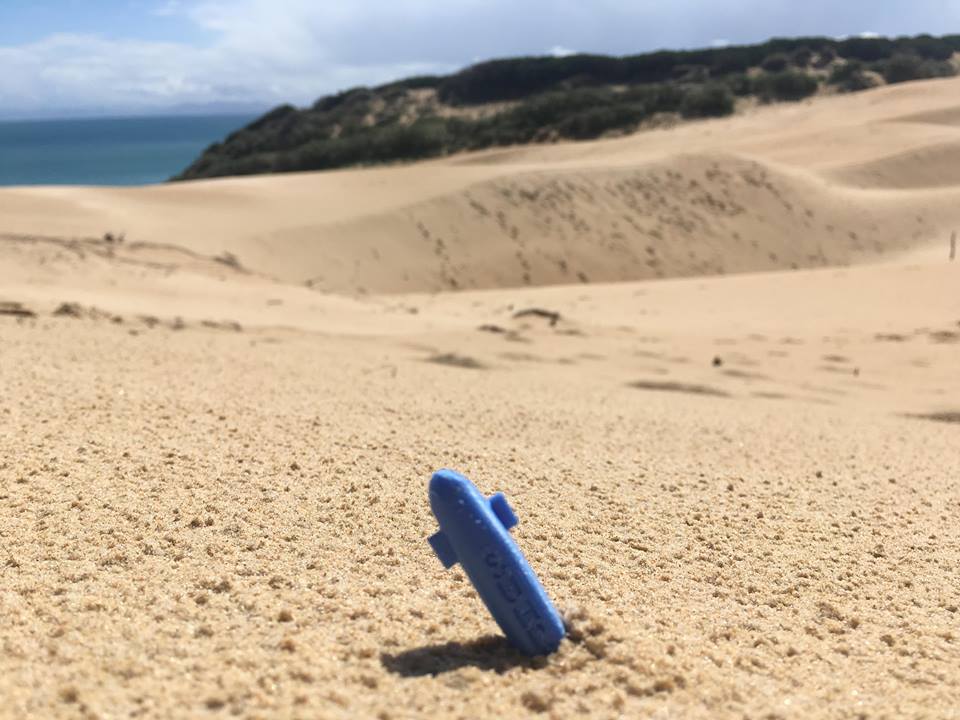 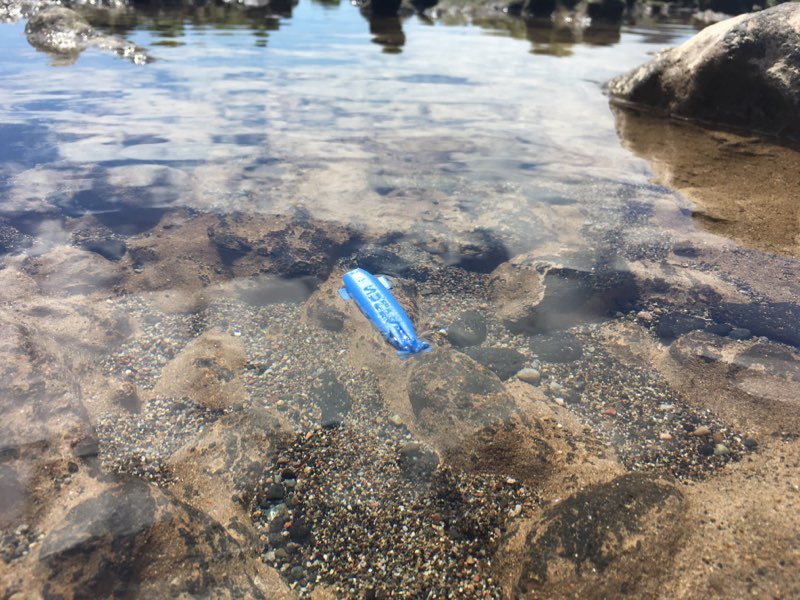 We have hit our minimum!

A huge thank you to everyone who has donated so far. Now we can start sending out our mini 3D-printed submarines to those who have selected it as a reward! Keep your eyes peeled for an email asking your postal address, and spread the word!

If you haven't yet, donate now to receive one of these mini submarines!

Keep a look out in the next few weeks as we share photos of where some of these mini-subs have gotten to. 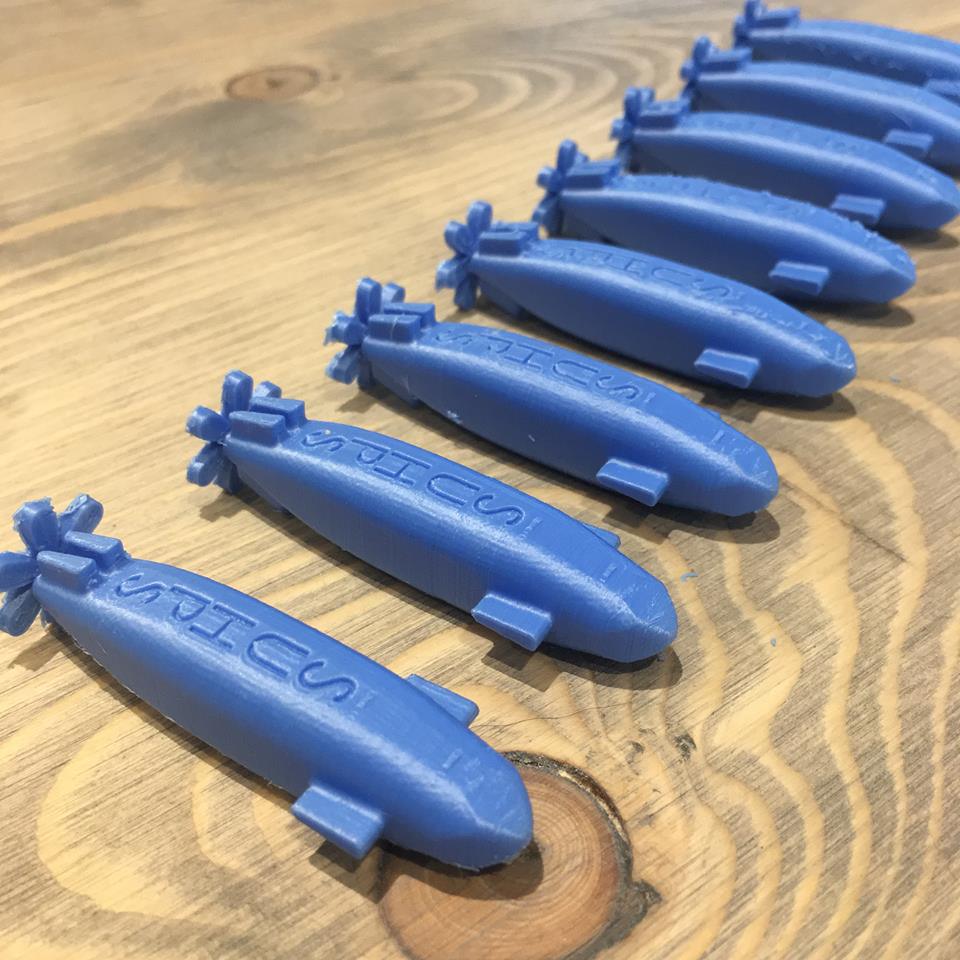 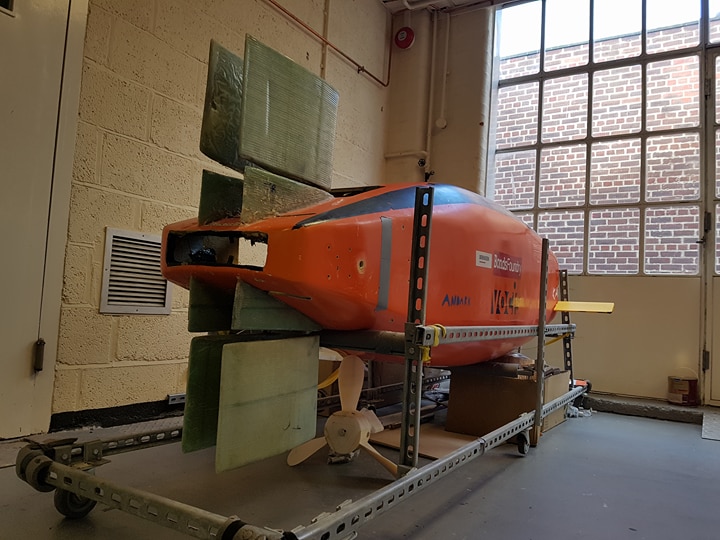 Thank you so much to everyone who has donated so far - we really appreciate your support. Please keep sharing our project with your family and friends to get the word out!

Some of our team have been in Southampton over the Easter break to work on the sub. Based on our feedback from testing, we decided to implement a new control system. We have installed new fins on the back of the sub so we can navigate the corners of the race course with ease!

Human Powered Submarine 2018
Your message has been sent.